Bargains, deals and savings as far as the eye can see: Black Friday is THE shopping event in Germany. Every year on the fourth Friday in November, countless retailers and online shops reduce their prices for at least 24 hours and outbid each other with incredible discounts and special offers.

The preparations for the biggest shopping day of the year are already in full swing. Hundreds of participating retailers are in the starting blocks with their deals and are just waiting to celebrate the start of the 2022 Christmas season together with their customers.

The retailers are no longer just limited to Fridays, but are increasingly expanding their campaigns to include an entire Black Week, a Black Weekend or Cyber ​​Monday. Most discount promotions will take place in 2022 in the following periods:

Like so many other things, Black Friday originated in the USA. Here, the day of action has been the day with the highest sales in retail for decades. Year after year, on the night after Thanksgiving, millions of Americans line up in endless lines at the front doors of retailers to snag the best bargains at the starting gun. This often leads to tumultuous races and downright fights for the most coveted door buster deals. We all know the pictures :-).

You can find out more about the date and history of Black Friday on our info pages: 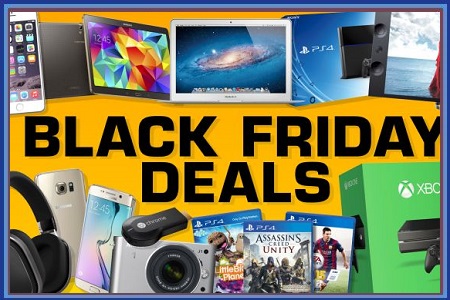 Over the past decade, Black Friday has enjoyed a rapid rise and has quickly become a global phenomenon. There are now Black Friday sales not only in Brazil , Japan , South Africa , Mexico , Australia and Argentina , but also in many European countries such as Great Britain , France , Sweden , Poland , Denmark , Hungary , Switzerland and Austria .

Black Friday has been celebrated in Germany since 2006. Apple was the first company to bring the offers known from the USA to Germany and organized a 1-day shopping event based on the American Black Friday in the German Apple Stores. Gradually, more and more retailers jumped on the topic and also celebrated Black Friday with special discounts and sales. The day became more and more popular in Germany and eventually became what it is today: the biggest sale event of the year!

Even the Tagesschau now reports in detail about Black Friday in Germany every year.
Who would have thought this possible just a few years ago?

We at BlackFriday.de have been supporting the discount day since 2012 and have been bundling hundreds of offers and campaigns from Germany, Austria and Switzerland on our portal year after year. The constantly increasing number of visitors and the growing number of participating shops show that the action day has long since arrived in Germany and is more popular with customers and retailers than ever before. Last year we welcomed more than 2 million visitors to our website and presented them with discount campaigns from more than 1,000 retailers.

In the US, Black Friday is primarily an event for stationary retail and has been taking place offline in stores for decades. In the 2000s, online retailers created Cyber ​​Monday , an online variant of the shopping event, in order to benefit from the discount hype online as well. You can read more about the history of Cyber ​​Monday and how it differs from Black Friday here .

In Germany, the development took the opposite direction. After Apple brought the idea of ​​Black Friday to Germany in 2006, it was mainly online retailers who took up the day and made it better known with their discount campaigns from year to year. In the meantime there have always been experiments by retailers in which online vouchers were linked to discounts in stationary branches, but the bargain day only really arrived in the city centers and shopping centers in 2016. Since then, the number of participating branches has increased rapidly, so that you can now shop to your heart’s content at reduced prices in almost all cities in Germany on Black Friday. You can of course find out which shops will be in your city on Black Friday 2022 in our city overview. Here we publish the offline campaigns in the largest German city centers and shopping centers in good time.

In the early years of German Black Friday, the day was mostly used by retailers as just another of many occasions for any voucher campaign. The discounts are correspondingly low and are largely similar to the promotions that many retailers offer throughout the year on public holidays such as Valentine’s Day, Easter or Mother’s Day. With increasing awareness and increasing sales, however, those responsible for marketing quickly realized that it was worth offering customers something very special on Black Friday. If only to differentiate yourself from the campaigns of the competition. It is therefore not surprising that Philipp Westermeyer, founder of the largest conference for digital marketing, made it clear to the “OMR Festival” 2019 in the opening speech of the event:“Anyone who is sitting here and doesn’t yet have a Black Friday strategy definitely has room for improvement in marketing.” (Source: internetworld.de ).

The reports of success from the dealers prove him right:

The German Retail Association (HDE) assumes that sales of 4.9 billion euros were generated by retailers on Black Friday 2021. Compared to the previous year, this corresponds to an increase of 27 percent. In addition, an HDE study shows that the shopping day is becoming more and more popular in Germany. Black Friday is now known to 96 percent of those surveyed and almost half said they wanted to use Black Friday for shopping. These figures are in line with the results of our own survey that we had carried out on the occasion of Black Friday 2021. 97 percent of those surveyed stated that they were already familiar with the Black Friday shopping day.