Black Friday, or “Schwarzer Freitag” in German, is a tradition that originated in the United States and has only been popular in Europe for a few years. But what does “Black Friday” mean? And why this name? We’ll get to the bottom of it!

What is Black Friday? 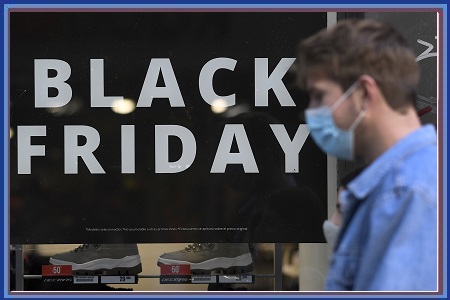 Black Friday will officially take place on November 26th, 2021 this year  , although the promotions now span several days (the “Black Week”) or even weeks. Read more about Cyber ​​Monday and Black Week here .

Apple first brought the concept to Europe in 2006, but didn’t use the term “Black Friday” at the time. In Germany, Black Friday has been taking place on a significant scale since 2013 . The choice of the specific day is related to the origin of the event from the USA. Black Friday always falls on the Friday after Thanksgiving, which is the fourth Thursday in November each year. Thanksgiving plays an important cultural and commercial role in the United States as it marks the start of the holiday season and Christmas shopping. However, since Thanksgiving itself is spent with the family, Friday of the same week traditionally marked the start of Christmas shopping.

But why is it called “Black Friday” of all things?

The name “Black Friday” first appeared in the American press in the early 1950s to commemorate the fact that on the Friday after Thanksgiving, the streets were packed with people and were therefore “black.” Traditionally, workers used the day after Thanksgiving to do their Christmas shopping.

The term initially had pejorative connotations, but it was retained as it is a symbol of the incredibly attractive Black Friday deals that millions of people go out to hunt for bargains.

Is everything cheaper on Black Friday?

On Black Friday you will find many offers and discounts on the internet. The focus is particularly on electronic products , which are otherwise quite expensive, but also clothes and toys.

How often is Black Friday a year?

In fact, Black Friday only comes once a year. That’s why we’re pretty happy, because many things that are bought on Black Friday unfortunately end up straight back in the garbage. The less we have of these avoidable bargain days, the better for the environment.