On November 25, 2022 it will be that time again. On Black Friday 2022, numerous online shops are offering unique discounts and special offers 24 hours a day, thus celebrating the start of the Christmas business. At BestBlackFridays.com , US bargain hunters can find hundreds of Black Friday deals at a glance and are guaranteed not to miss any offers.

Dealers’ campaigns no longer only take place on Black Friday itself, but are extended to an entire Black Week, a Black Weekend or even Cyber ​​Monday.

Here is an overview of the dates of Black Friday week 2022:

BLACK FRIDAY IN THE US 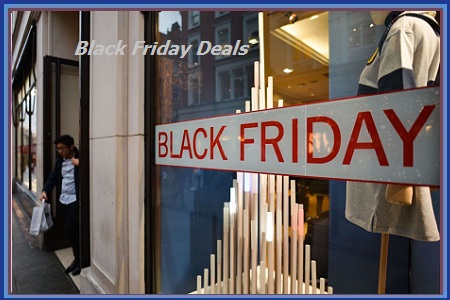 Black Friday has been a staple in the US for decades, drawing millions of Americans to line up early in the morning at retailers’ doors each year to snag the best bargains of the year. Traditionally, Black Friday always takes place on the Friday after the American harvest festival, the so-called Thanksgiving. Although not an official holiday, Black Friday has something of the shopping holiday feel to it, as many employees use it as a bridging day between Thanksgiving (which always falls on a Thursday) and the following weekend. In some states, including California, Florida, Texas and Washington, even state employees officially have the “Day After Thanksgiving” off. Retailers take advantage of this fact and lure customers who are willing to buy into their stores earlier and earlier, sometimes even at midnight. So it’s hardly surprising that Black Friday has been the highest-selling day of the year for American retailers for years.

There are regular tumultuous fights for the best bargains on Black Friday in the USA. The following video gives a good picture of the American Black Friday madness.

THE TERM BLACK FRIDAY
Contrary to what the name might suggest, Black Friday has no relation to the “Black Friday” known in USA – “Black Thursday” in the USA – which describes the New York stock market crash of 1929. On “Black Thursday”, October 24, 1929, the New York Stock Exchange suffered massive price losses, which then, due to the time difference, reached the European stock exchanges one day later, on Friday, and triggered a worldwide economic crisis.

The term Black Friday, as it is understood today, first appeared in the United States in the 1960s, describing the traffic jams and sidewalk crowds that usually formed in cities on the two days following Thanksgiving. These moved through the shopping streets like a “black mass”.
Another explanation is that “black” Friday is a synonym for “black numbers” that business people write year after year from that day. Because of the enormous sales that are made on Black Friday, many retailers bring their balance sheets out of the red and into the profit zone on this day and compensate for the sales of the previous months.

What works in America also works elsewhere. At least that ‘s what Apple thought and brought Black Friday to Germany for the first time in 2006. The cult brand from California also offered its Black Friday offers, which are well-known from the USA, in the German Apple stores and in the online shop, causing a lot of attention.

Lured by Apple’s success, more and more retailers jumped on the bandwagon and also held special Black Friday sales. In the first few years, it was mainly authorized Apple dealers such as arktis.de , GRAVIS or Cancom that made Black Friday better known in Germany. Large electronics retailers such as SATURN , EURONICS and Conrad Electronic followed later , before fashion stores such as Zalando , Asos and About You discovered Black Friday for themselves in 2013 .

Unlike in the Other Countries, Black Friday in USA took place almost exclusively online in the first few years. This was mainly due to the fact that online campaigns can be implemented very quickly and in a resource-saving manner and online retailers are naturally very keen to experiment.
With increasing popularity, however, Black Friday was quickly picked up by traditional retailers and thus found its way into USA city centers and shopping centers.
After initial experiments in which online vouchers could also be redeemed in branches (e.g. The Body Shop , 2015 ), there were already hundreds of offline campaigns in 2016 that took place in brick-and-mortar stores on and around Black Friday.

Black Friday falls on November 25th this year and planning is already in full swing. It will be interesting to see what special offers Apple, Amazon and Co. will have in store for their fans this year. However, one thing should be certain: Black Friday will again pay off for customers in 2022.

BESTBLACKFRIDAYS.COM – THE BEST DEALS OF THE YEAR!

BestBlackFriday.com is the Black Friday portal for USA ETC. With us you will find hundreds of up-to-date deals and bargains on Black Friday on one website. Don’t want to miss a deal? No problem: Sign up for our newsletter and we will keep you informed about all new deals and promotions.